Warning: Spoilers ahead for The Uncanny Counter on Netflix

From Itaewon Class to Start-Up, many K-dramas have left their viewers with insightful lessons about friendship, family and the arduous road to success. Another K-drama that will keep you on your toes while passing down some wisdom is the fantasy drama, The Uncanny Counter.

Equipped with a talented cast consisting of former girl group I.O.I member SeJeong, Sky Castle actor Jo Byeong Gyu, Yoo Jun Sang and Yeom Hye Ran, The Uncanny Counter revolves around 4 Counters, whose job is to hunt down evil spirits to keep the world safe. Here are 7 life lessons to take away from the series.

1. Let go of the negativity within you 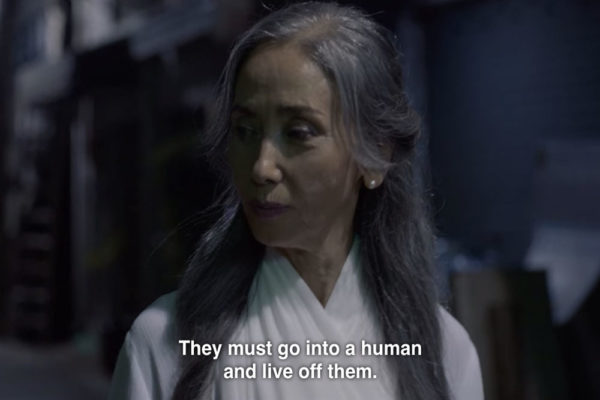 In the first episode of The Uncanny Counter, it is explained that evil spirits only go into the bodies of people who have committed murder or have a strong desire to kill someone. That way, both the body and the spirit will be a good match. By doing so, the victim’s soul acts as food for the evil spirit, which helps it grow stronger.

In the real world, unhealthy thoughts are the “evil spirit’. If you continue harbouring and feeding thoughts such as harming someone or even yourself, you’ll only sink deeper into that hellhole.

2. Bite the bullet and press on 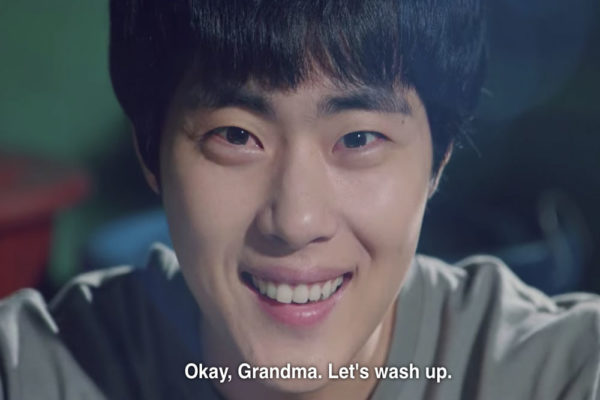 What may seem like an ordinary car ride ends up being a traumatic experience for So Mun (Jo Byeong Gyu), a high school student who is also the youngest amongst the Counters. He loses both his parents and gains a permanent limp. Adding on to his life obstacles, his grandma suffers from dementia and he has to care for her. Despite his predicament, So Mun faces life with a bright smile and has a heart that is still overflowing with love for his loved ones. He is the perfect example of the proverb: when life gives you lemons, make lemonade.

Life is full of twists and turns but you can enjoy the rollercoaster ride. One day, you’ll look back and feel proud about not giving up on yourself.

3. It’s the quality of your friends that matters, not the quantity 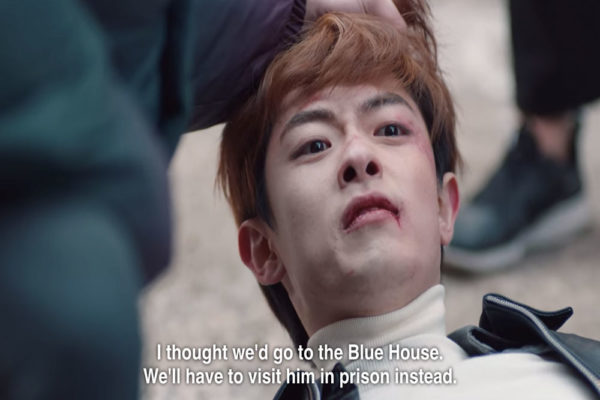 Shin Hyeok U (Jung Won Chang) is one of the main bullies in So Mun’s school. After his powerful mayor father gets arrested for being involved in a murder case, his gang turns their back on him. The head of the gang says to Hyeok U, “I stopped giving you special treatment ages ago.”

His friends also mock him by saying that they will have to go to prison to visit him now, instead of the Blue House, aka the residence of the president of South Korea. 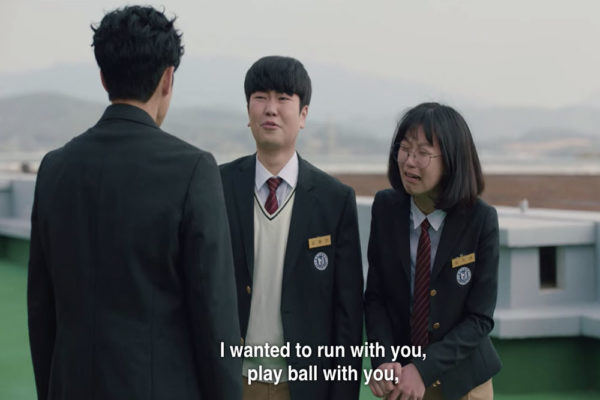 Unlike Hyeok U, So Mun has only 2 friends in his high school: Kim Ung Min (Kim Eun Soo) and Im Ju Yeon (Lee Ji Won). Although his friend group is small, they stand by him through thick and thin. When he has a limp, his friends cycle him around. When he can walk again, they cry tears of joy. Knowing how tough things have been for So Mun, Ung Min and Ju Yeon make a vow to protect him throughout their lives.

Having a large following and lots of friends is all fun and games—until you find out that they’re a bunch of snakes who won’t have your back. So, choose your friends wisely. 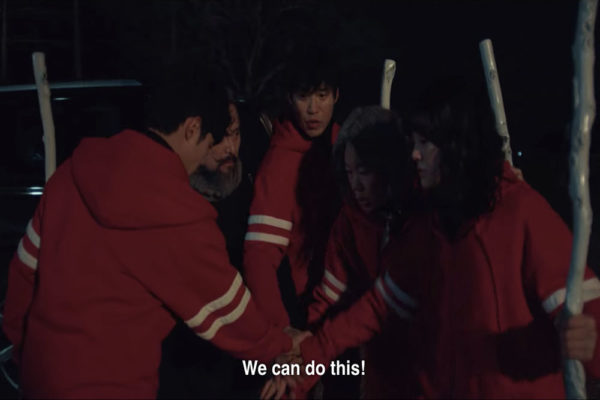 Without teamwork, the Counters can never take down the devil.

From reading minds to healing wounds, each of them has a special power that they use to help each other. So Mun controls their territory so the strength of his teammates will be amplified and it’s easier for Ha Na (SeJeong) to spot the evil spirits whenever they step into their zone. Mo Tak (Yoo Jun Sang) takes down villains with his extraordinary strength and Ms Chu (Yeom Hye Ran) heals all of them after the battle. It goes without saying that when one of them cannot handle the antagonist, the others come in to take over.

In life, we all have special skill sets and qualities that we are adept in; be it leading a group, designing or presentation skills. Putting aside an individualistic mindset and gathering all of our skills together as a team, will make life much easier. 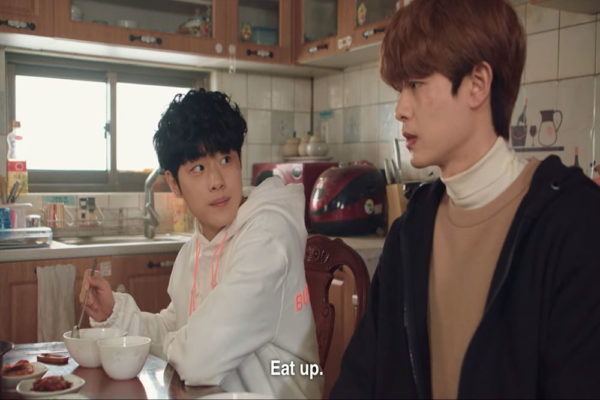 Despite getting beaten up by Hyeok U multiple times and witnessing him injuring his friends, So Mun still shows him what being magnanimous looks like. He gives the bully shelter and a meal when he is escaping his possessed father. 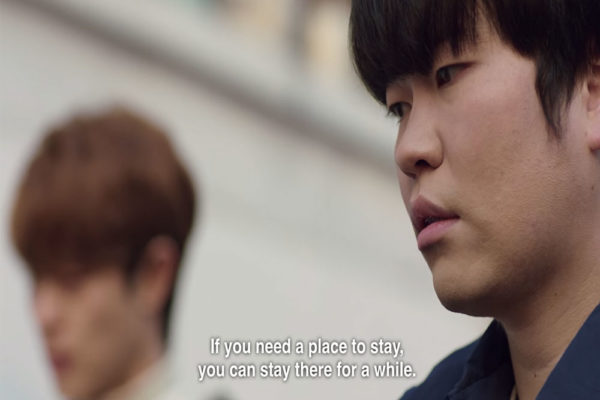 So Mun’s friend, Ung Min, also gives him a place to stay at his family villa to avoid his father. For Hyeok U, who has rarely felt love in his own house or even life, these acts of kindness warm his heart. And, maybe, a leopard does change its spots because Hyeok U eventually ditches his old habits and apologises to all his victims.

In the words of Michelle Obama, “When they go low, we go high.”

The former First Lady of the United States once shared with The New York Times, “Going high doesn’t mean you don’t feel the hurt, or you’re not entitled to an emotion. It means that your response has to reflect the solution. It shouldn’t come from a place of anger or vengefulness. Anger may feel good in the moment, but it’s not going to move the ball forward.”

As So Mun tells the bullies, “I can kill you all right here but then I’d be no different from you jerks.”

6. Don’t let your emotions control you 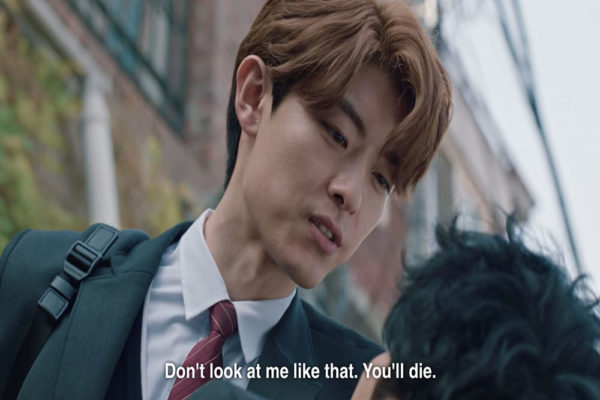 It’s normal to feel angry from time to time. This emotion is commonly portrayed by Shin Hyeok U, who frequently loses his temper and takes it out on the weaker students. 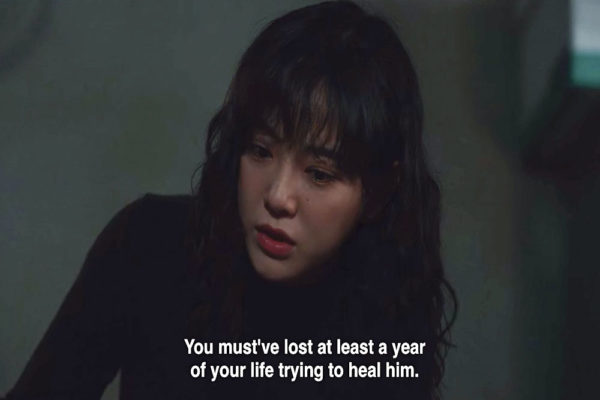 In So Mun’s case, he is dismissed from his job as a counter because he lets his emotions get the better of him and fights a villain one-on-one. In order to heal his severe wounds, Ms Chu overexerts herself, resulting in her losing a year of her life.

While most of us are not recklessly taking on evil spirits IRL, anger can similarly lead to impulsive behaviour. Whether it is using the people around you as sandbags or saying hurtful things in the midst of your rage, control your emotions before they control you because you don’t want to do things you’ll regret or say things you don’t mean.

7. Don’t apologise for the sake of apologising When the bullies are beating So Mun and Ung Min up into a pulp, the Counters come to their aid and defend them. With the bullies wounded with broken bones, they threaten the Counters to leave them alone by using their influential parents as leverage. When that does not work, they move on to plan B, which is to apologise…without remorse. This leads to Ms Chu saying, “Don’t apologise to us because we’re stronger. You should apologise to the person you wronged.”

Here’s what the effect of a sincere apology looks like: 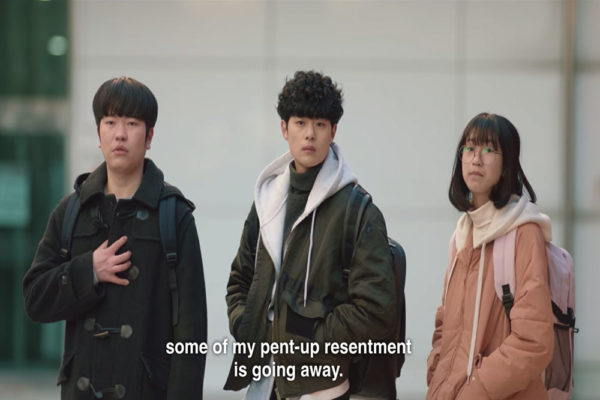 Having realised the detrimental impact of his bullying, Hyeok U apologises to all his victims face-to-face, including So Mun and friends. Besides being surprised, Ung Min expresses to his friends that he feels “as though his pent-up resentment towards Hyeok U is going away.”

This shows how a sincere apology can carry so much weight. If you’re going to say sorry, mean what you say. The person you’re apologising to will be able to tell if you’re being sincere or simply using it as a method to get away with something.

If you’re looking for a different type of K-drama that is not the typical rich-boy-falls-in-love-with-poor-girl plot, check out The Uncanny Counter. As a bonus to its well-thought-out storyline, the action-packed K-drama is filled with impactful life lessons that we can all learn from. For those who have finished watching the show, you can watch the cast’s appearance on variety shows such as Knowing Brothers.