The series features all 8 characters in the BT21 franchise—Koya, Shooky, Mang, Cooky, Tata, Chimmy, RJ and Van, all plastered on their own individual cards. Purchasing any of these cards will also entitle you to 30% off regular-priced BT21 merchandise at BookFest.

The cards retail at $10 each, with no load value. 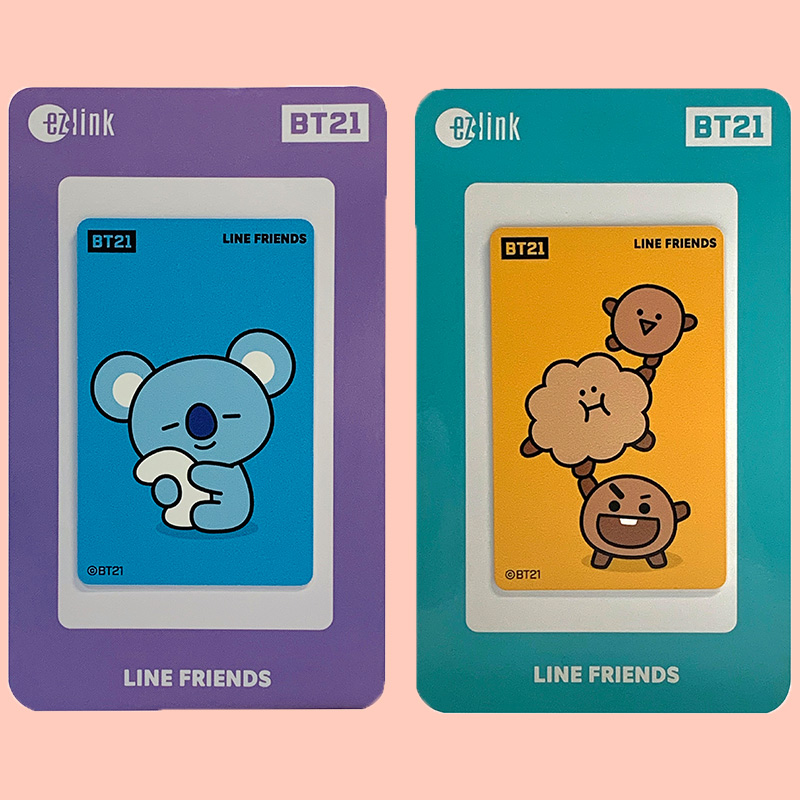 Koya the blue koala bear is seen cuddling a soft pillow in its arms. The turquoise backdrop, coupled with its expression of pure bliss, makes us want to curl up in bed too.

Shooky, on the other hand, is a tough cookie exploding with life and energy. Never belittle its small size, for this cookie packs massive strength; single-handedly lifting its cookie counterparts. Literally. 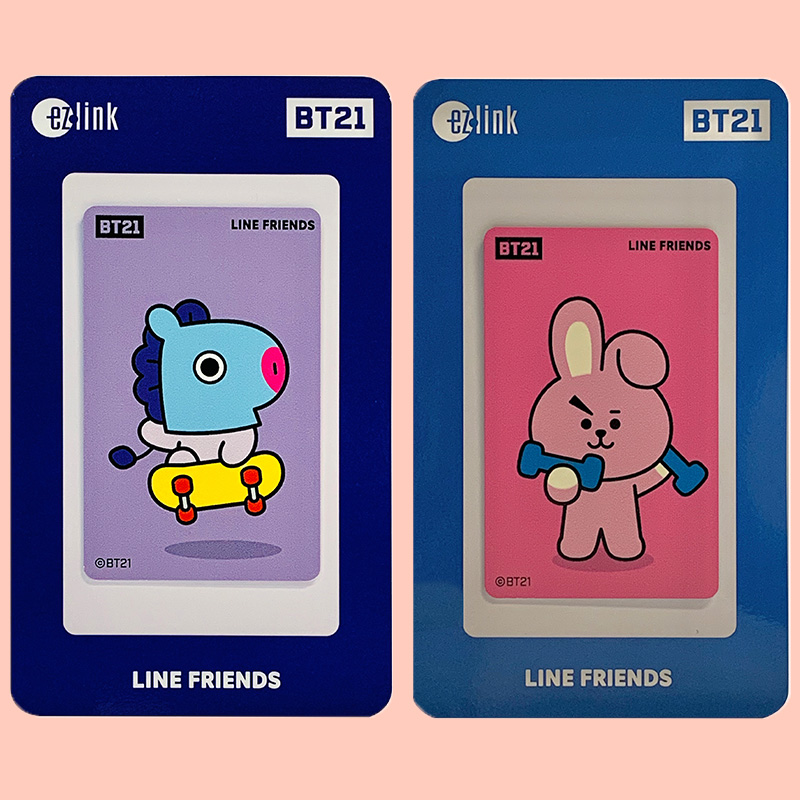 Mang, representing RM, leads the team with its eccentric and animated personality as it performs a stunt on his yellow skateboard, with the wind in its hair.

We’ve all heard of a gym rat, but Cooky is here to overwrite that title. Effortlessly lifting those weights, it’s evident that pumping iron is an easy feat for this gym bunny. 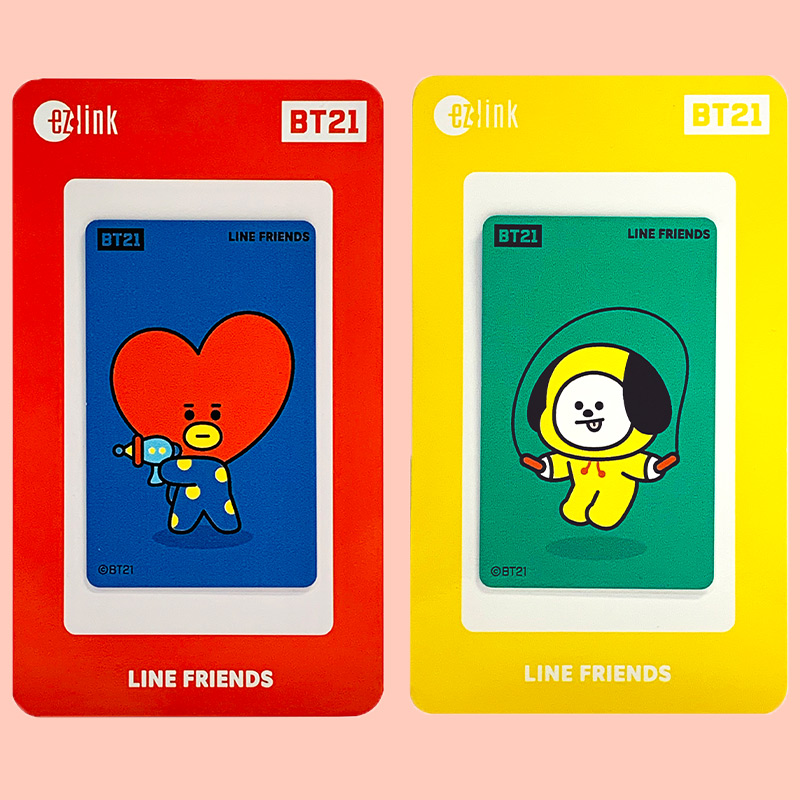 Tata is a quirky one, with its heart-shaped head and polka-dotted PJs. It seems to be holding some sort of stun gun, ready to aim at the hearts of its million fans.

Chimmy, in its yellow track suit, basks in the warm glow of childhood as it jumps the rope, flailing its tiny legs high into the air. 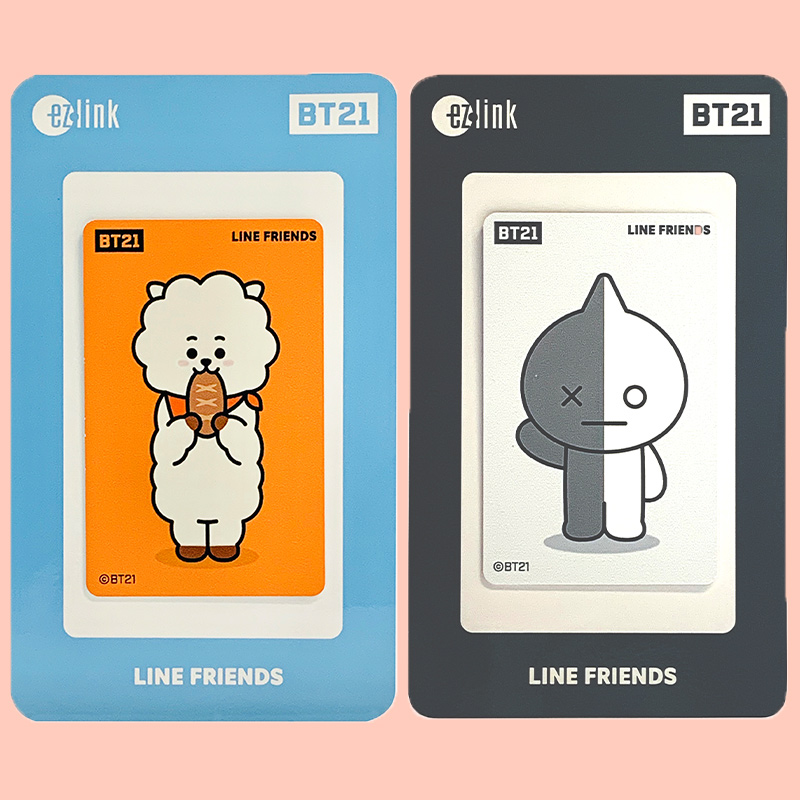 RJ, a fluffy white alpaca, gleams with joy as it feasts on a loaf of baguette. It might possibly be the most stylish one too, rocking a bright orange bandanna on its neck.

Van is the final character of the series, repping A.R.M.Y. Standing against a white background with its right arm up, it seems to be pledging its unwavering loyalty to the boys. 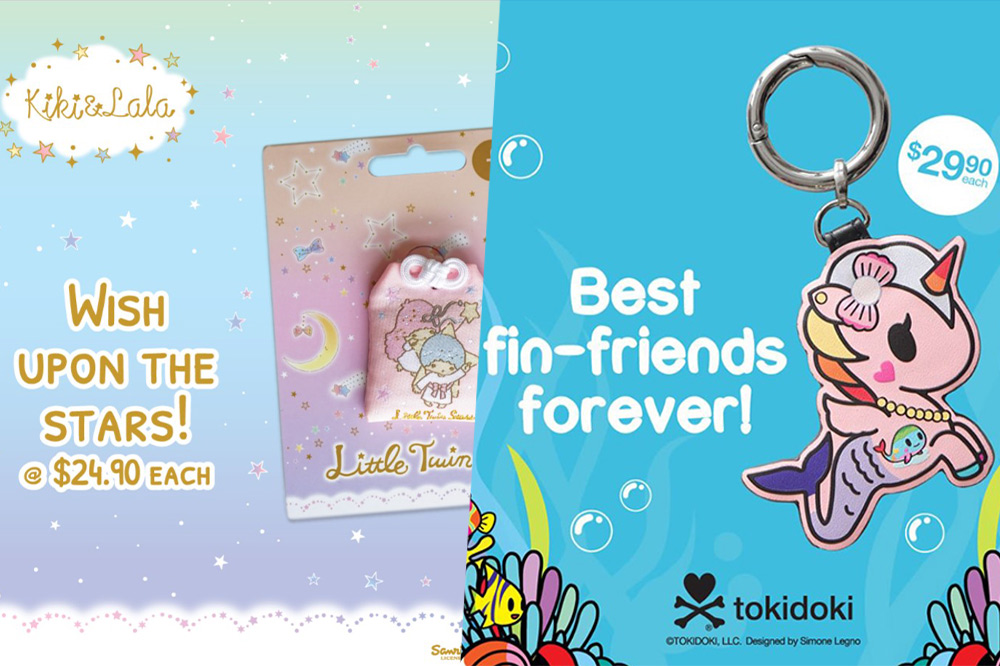 Besides the BT21 EZ-Link cards, Little Twin Stars and Tokidoki EZ-Link charms will also be available at BookFest. The Little Twin Stars omamori EZ-Charms are part of a new series of omamori-inspired EZ-Charms, with one of the latest releases being the My Melody Ez-Charm. It retails at $24.90.

Tokidoki’s characters have also been featured in EZ-Link’s recent launches. It is now available as a charm, and retails at $29.90.

Profess Your Love For BTS With These BT21 EZ-Link Cards

My Melody Omamori EZ-Charms Now Available At $24.90 Each

All images courtesy of Popular