When the Prime Minister drank from his magic cup and announced the Circuit Breaker measures, I shuddered. Since the COVID-19 outbreak, I had been praying against a lockdown. There are plenty of self-declared introverts who love nothing more than to melt into their sofas and binge-watch Korean dramas at home, but I am not one of them.

My home is not a home. It is a messy place where I sleep every night. It provides me with shelter, Wi-Fi, the occasional meal. For those I am grateful, but it is also a place of desolate loneliness.

There is a reason why both my siblings fled this house the moment they got the means to; living with my parents is a trial.

Being at home with a toxic family member is extremely difficult

Since I was a kid, my parents have argued constantly. My dad had a fiery temper and my mum was helpless against his tirades. She never understood the one leverage she had—to leave him. She constantly poured out her anxiety to me, so I would carry the stress to school and act out against my teachers. I had no idea how to properly talk about my pain and knew no one who could help me.

I felt trapped in this never-ending cycle of arguments, anger, and my mum treating me as her therapist. After carrying this pain for many years, it broke out as an anxiety disorder in 2013. Under the care of doctors and counsellors, I was finally able to label my frustrations.

To sum it up, I learnt that I was not just the drama that encircled my family. Well, learning it was one thing. But how do you differentiate yourself from people who assume they know everything about you, especially if you are still dependent on them?

Living under my parents’ roof meant that despite the psychiatric interventions, my anxiety disorder would often relapse. To counter my toxic family environment, I coped through therapy, meditation and, as you might have guessed, not spending too much time at home.

The Circuit Breaker, however, threw a spanner in the works. I would have to face my parents for 24 hours a day. I had a sick feeling that only either me or my dad would come out of it alive.

Indeed, the first few days were fraught with destructive thoughts. My insomnia worsened. I felt angry all the time. I was not productive. Still, I am thankful for all the hours I had spent in the therapist’s chair.

Working on my mental health over the years allowed me to fall back on some of the techniques I had picked up. For example, the Buddhist idea that all things are temporary helped me along. Prior to the Circuit Breaker, I texted my boss, “Bad times don’t last.” Now, I was being tested on how much I actually believed in it.

As with many lonely millennials, I sought solace through social media. Some might say that social media is toxic. For me, it created the placebo effect of socialising. Engaging in banter in the comments sections and listening to YouTubers rant helped me to feel like I had a social life.

Reading news about the elderly loitering outdoors despite the strict measures made me feel pity for them. Without social media, they must feel even lonelier. Like me, they probably do not have a pleasant home environment. Understanding that there were plenty of Singaporeans suffering alongside me provided some comfort.

There was one good thing that happened: my FOMO anxiety dissipated. I knew for a fact that people were not having the time of their life with Tiesto at Marquee Singapore. I was no longer the person left out of the good things in life, a message my anxiety constantly told me.

Why Self-Compassion Is The Best Form Of Self-Therapy

The power of escapism and fantasy

Binge-watching Netflix shows like Selling Sunset provided me with some much-needed escapism. During the hours I spent watching the show, I stepped into the Louboutins of glamorous ladies flipping houses for millionaires in LA; I was no longer some broke adult living under his parents’ roof. 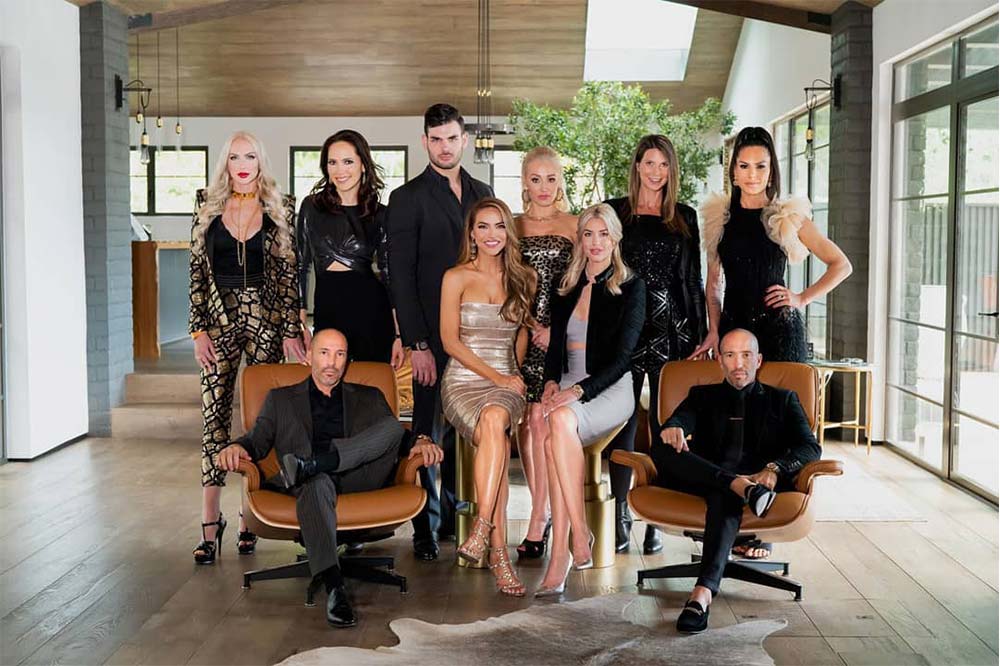 Watching Chrishell, Christine, Mary and other beautiful women bicker about workplace politics, friendships and wedding guest lists gave me a reason to laugh during these dark times. Maybe one day, I could visit the Golden Coast once again.

If anything, this period has convinced me of the value of fantasy.

During my daily jogs, my mind would automatically fantasise about having my own home. While my physical space was unpleasant and limited, my mental space had the potential to be limitless.

Without the usual activities to distract myself, I was forced to reckon with the darkest parts of myself. At the start of the Circuit Breaker, I was annoyed that I could not focus on watching a short YouTube video. My poor attention span worried and frustrated me further.

After meditation and reflection, I realised that there was a part of me that constantly distracted the otherwise “well-functioning” part of me. To put it simply, the adult in me had caged a more spontaneous part of myself and it was crying for attention by breaking my focus all the time.

With nothing but a load of free time, I started talking to the caged part of my psyche.

“What do you want from me?”

“I want you to pay attention to me and recognise my needs!” Daniel seemed to scream.

After our extended conversation, I decided to stop ignoring Daniel and let him co-drive the car of my life (and Jesus who should always take the wheel), instead of locking him up in the boot.

This technique is called “chairwork”, and it is something I picked up from a psychologist a few years earlier.

After all that chairwork, I could finally focus and read a book. I borrowed David & Goliath by Malcolm Gladwell from an e-library app, Libby. The book explained why being an underdog is not necessarily a disadvantage and provided the perspective shift I needed instead of focusing on my toxic family environment.

For example, many very successful people are dyslexic. Having been an outsider all their lives, they are not afraid to make disagreeable decisions. Going against the grain of common logic became their formulas for success.

Your father can commit suicide and you can suffer from a childhood so unspeakable that you push it to the furthest corners of your memory—and still some good can end up coming from that.
—Malcolm Gladwell, David & Goliath

The book changed how I saw my setbacks. You see, I felt helpless as a child against my toxic family dynamic; I felt that it had ruined me. I thought that if I had the power to change the past, I could undo the damage caused by my dad, who had unbridled power and suppressed the needs of everyone else.

But in the book, Gladwell presented many case studies of how power did not create the solution needed, and even led to the undoing of many.

What doesn’t kill you gives you courage

The book raised another example that has great relevance, especially in light of the coronavirus and the ensuing economic fallout.

During World War II, Britain was worried that the Nazis’ bombings would cripple its society. However, the opposite happened. Britain united like never before and its people did not crumble despite the attacks. 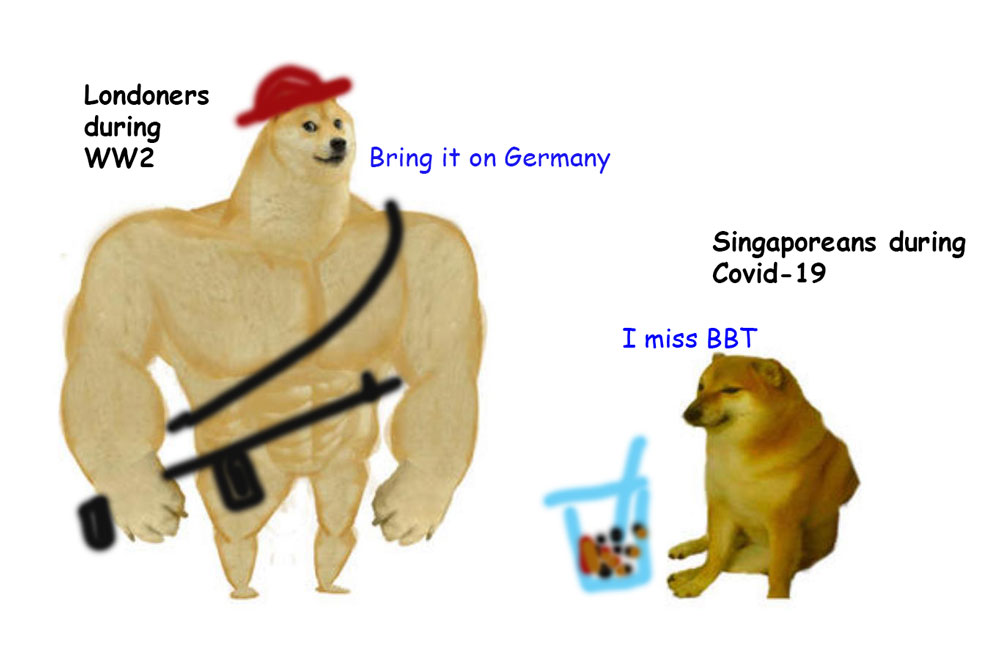 “Ever since we came out of the dug-out, I have felt sure nothing would ever hurt us,” wrote a Londoner in his diary.

A Canadian psychiatrist, J. T. Macurdy, studied the survivors and concluded that surviving the bombings made people feel invincible. For those the bomb hit, they mostly died and were unable to spread their fear. But by and large, the survivors were imbued with a big dick energy that made them feel like they could survive anything.

Courage is not something that you already have that makes you brave when the tough times start. Courage is what you earn when you’ve been through the tough times and you discover they aren’t so tough after all.
—Malcolm Gladwell, David & Goliath

Perhaps the years spent coping with my anxiety disorder gave me the courage to survive the trying Circuit Breaker period spent cooped up with a toxic family member. Looking back, these 2 months were extremely tough and I believe that the worst is already over.

Breaking up our routines made us face up to issues we had overlooked due to our busy lives. For example, the pandemic revealed that we needed to treat our foreign workers better.

It also revealed that the idea of a stable family unit, which society places so much emphasis on, is only reserved for the privileged. For many of us, seemingly superficial relationships between co-workers, acquaintances and neighbours, or even transactional ones like therapist-patient relationships, are more indispensable than so-called family ties. 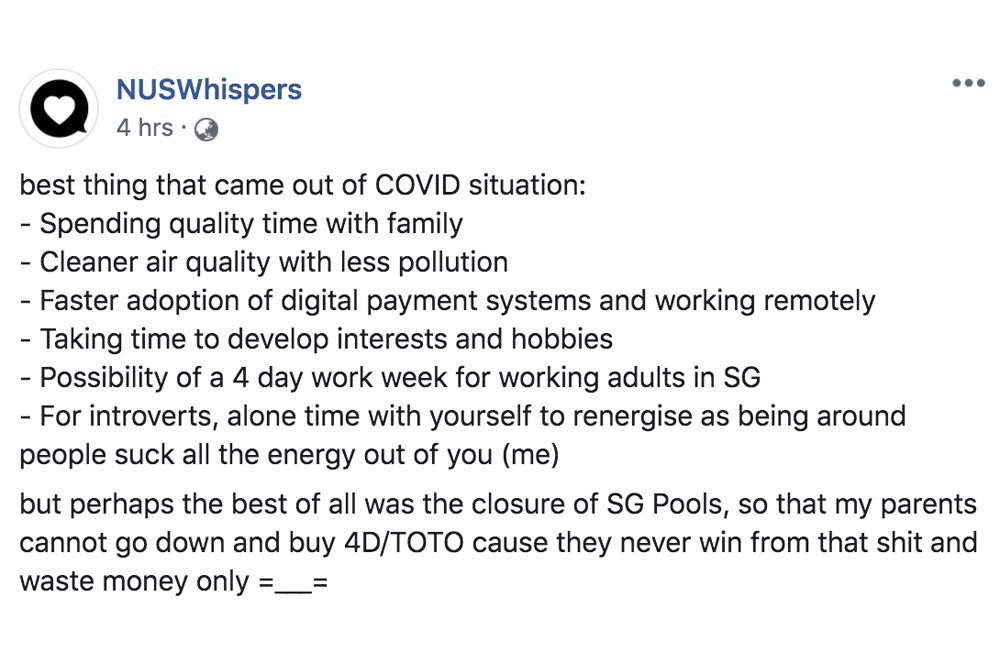 For me and many others, home is not a HDB flat or “spending quality time with family”.

Home is sipping hot coffee at the coffeeshop where the passionate debates of uncles drown out your dark thoughts. For a moment, you forget the perils that lie behind your closed quarters and it helps you get through just one more day.