Being an F-boy is a losing game. Though there probably will always be a market for bad boys, most girls eventually learn to ignore the 12.00am “Hey wyd now?” texts. But like how technology becomes obsolete if it doesn’t evolve, F-boys have adapted and transformed into Softboys.

Described as “similar to an F-boy but without the cocky attitude”, the Softboy’s end game is f**king with your emotions first, your body second.

They lure you in with interesting conversation, a ‘good guy’ attitude before needing time to figure themselves out. They then ghost you, all while continuing to watch your Instastories. The Softboy tactic is the equivalent of a fake nice guy excusing himself of being a dick.

But because they come off genuine, they can be hard to spot. So to help you avoid this new breed of assholes, here are some signs to tell if you’ve encountered a Softboy.

1. Softboys dress like an actual adult, not a wannabe #hypebeast

How Softboys differ from F-boys:
F-boys tend to wear Supreme, CDG, and Offwhite; if they’re fakes, they’re high-grade replicas. They have small ringed earrings, a baseball cap, and a shaved side part. You can smell their A&F cologne a kilometre away.

While Softboys may have the same oversized T-shirt/ripped jeans look, they care more about their clothes fitting than flaunting brands. F-boys are in the business of appearing cool (read: try hard); Softboys aim for effortlessly casual.

Unlike F-boys, Softboys actually have an aesthetic which may include tattoos. They prefer wearing their hair messy over a hardened pompadour and smell like Acqua di Gio. 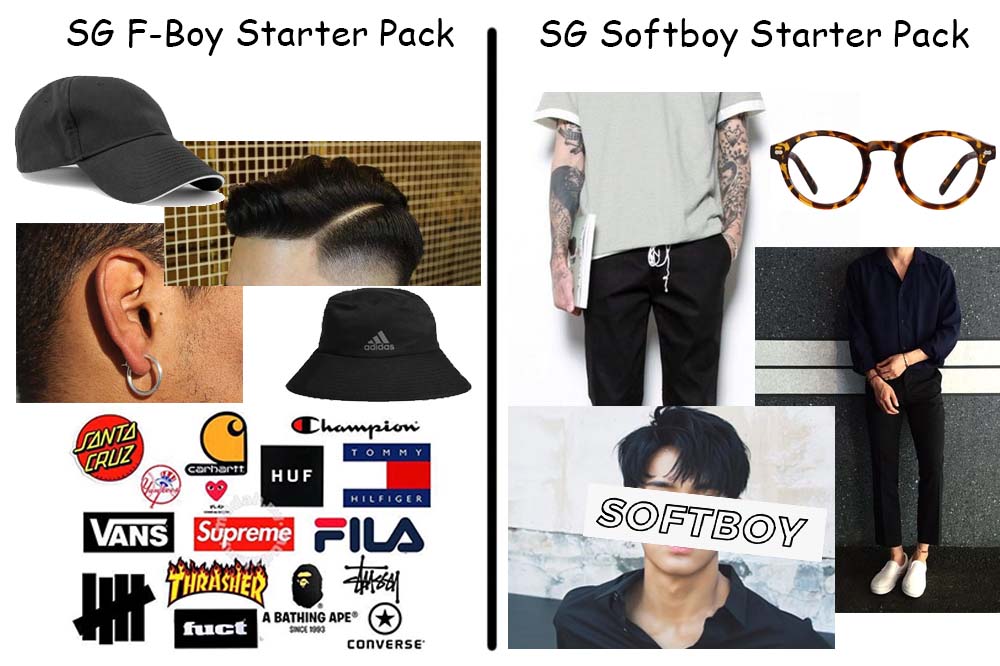 How to tell if he’s actually a decent human being:
Like F-boys, Softboys care about how they look a lot. A man who dresses for himself doesn’t worry about what others think.

You won’t catch a Softboy preening in every reflective surface he passes. But watch out if the guy you’re dating subtly fishes for compliments and constantly sends pics of his outfit he knows he looks good in.

2. Softboys slide into your DMs respectfully

How Softboys differ from F-boys:
F-boys usually start convos with cringey pickup lines, or sexual propositions like “can you sit on my face” before you’ve even said “hi”. 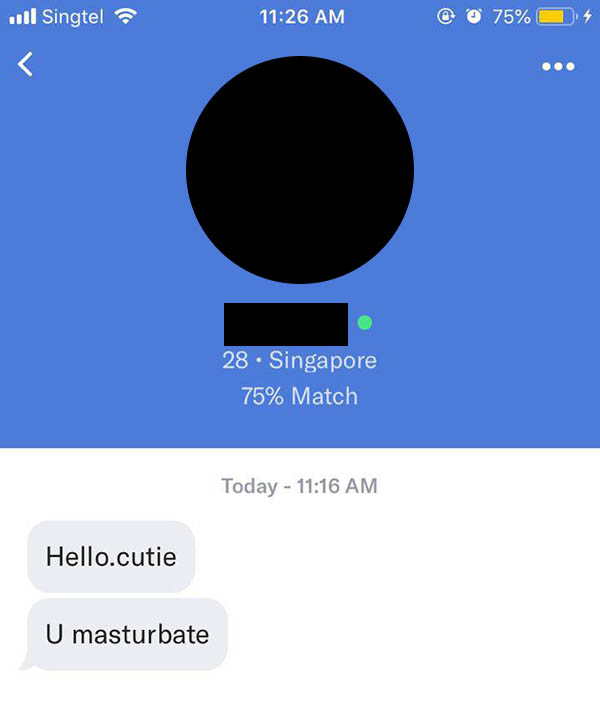 Softboys start by treating you like a human being. They’ll ask for your opinion on This Is What Inequality Looks Like and how you think elitism can be solved in Singapore. It’s a refreshing change from being treated like a walking vagina.

How to tell if he’s actually a decent human being:
It’s hard to differentiate Softboys from actual nice guys because they both present themselves as someone who isn’t racist, homophobic, or sexist.

But watch out for red flags which signal he’s emotionally unavailable.

How Softboys differ from F-boys:
F-boys have the empathy and emotional range of a teaspoon and use sayings like “bros before hos”. They call girls they sleeps with “sluts” and pride themselves on the number of girls they bang.

Softboys frown upon such language. When you rant about your worst date ever, they’ll reply “What a dick, if I had a sister, I would be so disappointed to know guys treat her like that”.

How to tell if he’s actually a decent human being:
Again, Softboys can be nice and emotionally intelligent. But they are still assholes because they do nothing with this knowledge.

If you catch feelings for them, the clumsy way they’ll handle your emotions will reveal what a steaming hot mess they are.

How Softboys differ from F-boys:
F-boys will steer the conversation towards sex ASAP because they want to know if you’re DTF. But Softboys thrive on ‘deep conversations’.

A Softboy will probably have “sapiosexual” written on his dating app bio. More often than not, he just wants to appear intelligent.

How to tell if he’s actually a decent human being:
It’s possible to be smart, down-to-earth, and unpretentious. Ask him about his favourite books or movies. Someone who genuinely likes reading or watching films would be proud to have a mix of mainstream, indie, and obscure pieces on their list.

And if he says he likes Wong Kar Wai’s In The Mood For Love, he shouldn’t be humble bragging about how he “prefers watching the film in Cantonese without subs because it lends a whole different dimension”.

Neither should he go on a twenty-minute ramble about how “the technicality of framed shots signifies both intimacy and oppression”. 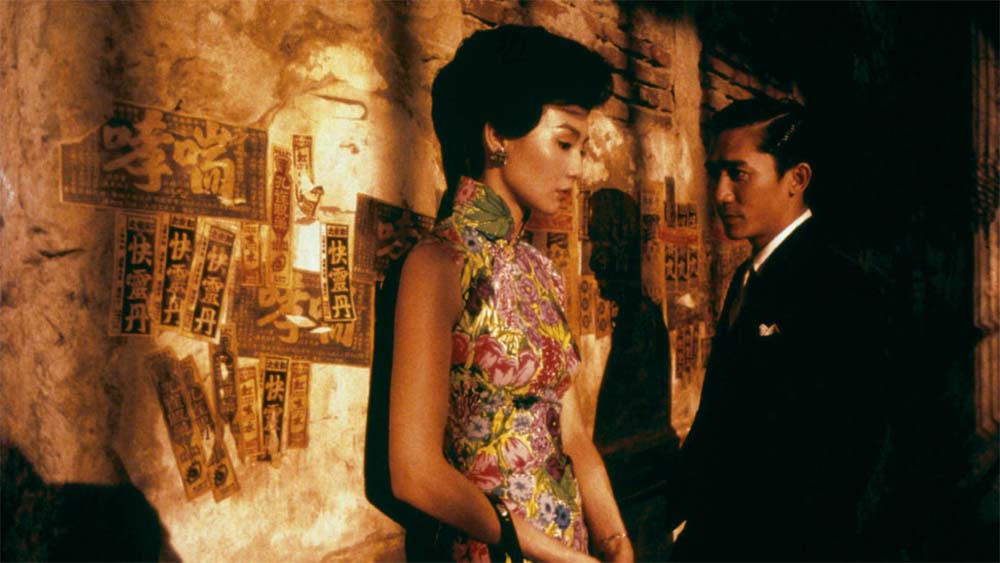 If Wong Kar-wai is only In The Mood For Love or Chungking Express to you, get outta here.

While F-boys consider OOTDs and toilet selfies to be museum masterpieces, the Softboy expresses himself through “various mediums”.

He’ll send you his fav songs by indie bands you’ve never heard of and if he listens to hip-hop, it’s by Khalid, XXXTENTACION, or Drake. Extra cringe points if he writes bad poetry on his iPhone while riding the MRT.

How to tell if he’s actually a decent human being:
Taking pictures, painting, drawing, reading, and/or listening to music are typical creative pursuits. But if he has a high opinion of and insists on showing you his less-than-stellar art, he probably has an overly romantic, idealised view of life.

Usually, this translates to him liking you as an idea, rather than your actual person. If he says some variation of “to be an artist is to suffer”, run.

6. Softboys are great at pretend relationships

How Softboys differ from F-boys:
An F-boy blows off plans last-minute only to text “Hey u up?” at midnight. But a Softboy will take you out to dinner and even pay because he wants the Girlfriend Experience.

You’ll find yourself vulnerable and having late night conversations in bed, revealing secrets only your oldest, closest friends know. He’ll introduce you to his best friend and go out of his way to make you feel special, and then he’ll repeat the cycle with a new girl next week.

How to tell if he’s actually a decent human being:
The Softboy and the F-boy will play you but at least the F-boy will be honest. If someone wants to be with you, you don’t have to question or ask him to stay.

Weed out Softboys by focusing on friendship first. Guard your heart and don’t fall for the first nice guy you meet. Softboys will see themselves to the door when they don’t get what they want quickly.

7. Softboys are open about non-monogamy

How Softboys differ from F-boys:
While F-boys avoid the relationship talk altogether, Softboys state they’re comfortable with open relationships from the beginning.

How to tell if he’s actually a decent human being:
Some people are into polyamory and that’s totally cool. However, Softboys often declare their casual dating habits to use as leverage.

You have to be okay with them seeing other people because they already told you so. A decent human being would make sure you understand what you’re getting yourself into and not let you deal with the emotional aftermath alone.

8. Softboys are still in love with and will talk about his ex all the time

How Softboys differ from F-boys:
Even if an F-boy can’t get over his ex, you’ll only hear him saying how “she was crazy”. However, a Softboy will tell you how he loves his ex but they broke up because “people sometimes grow apart” or “it wasn’t a healthy relationship”.

He’ll say he’s ready to move on, with the implication you could be ‘The One’ to make him whole again. You’re probably drawn in because you see the potential.

How to tell if he’s actually a decent human being:
Truth is, Softboys are as emotionally unavailable and commitment-phobic as F-boys. If you find yourself thinking “he’s a good person I can see myself falling in love with him when he gets his life sorted”, do yourself a favour and GTFO.

Emotionally healthy people don’t constantly talk about their ex. They only date when they’re ready to find love again.

9. Softboys take ‘full responsibility’ when they break up with you

How Softboys differ from F-boys:
When you tell him you like him, he’ll say “I like you too” and he’s not lying. But suddenly “things are moving too fast” and “it’s not the right time”.

Instead of ghosting you when they leave, the Softboy will say “I have a lot of personal shit to work out”, “I’m really messed up right now”, and the classic “It’s not you, it’s me”.

How to tell if he’s actually a decent human being:
Sometimes, things just don’t work out; not every nice guy who turns you down is a Softboy. But when your friends point out how his behaviour was semi-dodgy and you still defend him, he probably is someone you shouldn’t be seeing.

Just because he was ‘accountable’, doesn’t make it right. Delete him from your life.

Dating And Being Single Sucks

Softboys came into existence because F-boys realised women didn’t appreciate being treated like trash. You wanted him to be nice, to be different, and that’s exactly what makes the Softboy the worst kind of F-boy—you’ll fall for him 100%.

Sometimes, girls exhibit Softboy behaviour. The scariest thing about Softboys is he may not know he’s being a Softboy. Their inability to dissociate from toxic behaviours creates an unhealthy dating pattern.

So if he plays you, don’t blame yourself. Don’t mistake your willingness to love and trust as a weakness. Continue to be as genuine as you can when dating and be kind.

One day, you’ll have a strong, sturdy home as he continues to play a sad, tired game of house.

And if you’re still not sure what Softboys are, you can play Softboy bingo.